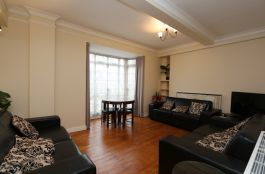 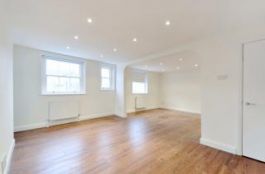 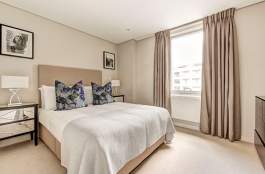 View all properties on map

4 Bedroom Flats to Rent in London

Guide on multifarious parts of London

When searching for a better life, people usually move to bigger cities. Such decision is understandable — they are looking for better opportunities and offers that a large city can provide. However, due to a limited budget, not everyone can afford to live in the city centre or its luxurious areas. If you plan to live in London with your family, you need to find a suitable property with all the necessary amenities and at a reasonable price. A proper way to find what you want is to consider the areas further away from the city centre. Prices fall and get more affordable (surprisingly, accommodations become much bigger too) the further you move to the suburbs and rural areas. Thus, many large families with children or students, who want to rent a house for several people are potential searchers of a 4 bed property to rent in London.

If you are interested in art, the best area in London for you is East London. It has some of the greatest places to live in London offering a great mix of unconventional lifestyles with a constant selection of interesting things going on. One should pay attention that it is the most expensive neighbourhood in the area, however the east is still far-reaching with some affordable places too. Shoreditch, Bethnal Green, Dalston, Hackney Central/Wick Wapping, Haggerston and Hackney are the best options for a 4 bedroom house for rent in East London. Due to a resettlement project, rental prices are increasing there, but it is still a popular place for youth to move to, especially if they work in media or other creative industries.

In general, real estate in this area is more recent as well as affordable. Before choosing a flat in South London, it is worth visiting such magnificent areas as Wimbledon, Battersea, Clapham, Wandsworth and Crystal Palace. Croydon and Purley would suit people who do not mind living at a distance from the centre of London. One can get to Central London via tube since buses take more time.

It is well known that living in the centre of London and its luxurious area, West London, is quite costly. It is clear that these areas have the largest amount of top-notch restaurants, dazzling boutiques and chic entertainment places. They offer a greater variety of entertainment options and properties of any type, design and cost. Of course, Central London can be overcrowded and, therefore, houses are not in favour here. Thus, it would be easier to find a 4 bedroom flat to rent in Central London. Kensington, Holland Park and Westminster are the ultimate places to consider in West London. If you need to save some money, it is possible to get something slightly cheaper in Fulham, Shepherd’s Bush, Earl’s Court, Hammersmith and West Kensington. Fulham is the top place for better-off, arty youth. Choosing an area is the most important part of the search process because many factors of your life depend on the place of living. One should know the approximate time needed for commuting, its cost and safety of the neighbourhood. Finding a 4 bed house to rent in London might be tricky if you do not know the city well. In this case, you should get on board a professional real estate agent. Otherwise, dealing with a landlord personally is the only possible option.