Prime your palate for some film fancies, for this deceptively large Georgian mews house was formerly home to Guy Ritchie and his lady Madonna, and scenes from Layer Cake were filmed behind its quaint façade. It’s no surprise that anglophile Madge liked this two bedroom, two bathroom beauty, because the building’s environs ooze old English charm, from the cobbled streets and old carriage houses to the affluent world of South Kensington beyond. Fit for film both inside and out, this sprawling, secluded mews house is sure to tantalise and inspire. Apt surrounds, you might add, for its A-list ancestry.

The wide entertaining spaces and gourmet kitchen here hint at your hosts’ passionate pursuits. In their luxurious abode, an English-American couple love to dance the tango and conjure up culinary delights for their friends. The traditional English mews pub- a veritable hidden gem- just moments away, meanwhile, offers Sunday roasts that they assure us simply must be sampled.

Icing on the cake

Be beguiled by wide open spaces and original features behind the scenes of this unique home. In the open plan sitting-come-dining room, curl up on the six-seater cream sofa, bathe in the light from the three huge arched windows and enjoy a good book plucked from the floor-to-ceiling library. Pad the aged floorboards into the sleek chrome kitchen and rustle up a little something, using the high end appliances and myriad jars of spices and fancies, no doubt.

There’s post dinner lounging a-plenty to be enjoyed in the large, eclectically furnished master bedroom, with its king-size bed, plus two seater sofabed. Open the French doors and admire the old mews from the balcony, or relax before the giant, wall-mounted television. The boutique master ensuite boasts twin basins and a shower paved with limestone, and the family bathroom down the hall is similarly plush. Enjoy the super kingsize in the airy second bedroom, or split the difference and go for two singles. Here, pervasive dark wood and a gilt mirror make sleeping a little more sumptuous.

There’s a cornucopia of cultural and consumer delights right on Queen’s Gate Mews’ doorstep, from Hyde Park and Kensington Palace to the shopping sanctuary of Kensington High Street. London’s world famous museums are a hop, skip and jump away, and central London is accessible in 15 minutes via nearby Gloucester Road tube station.

Our agents will help you find the best deal 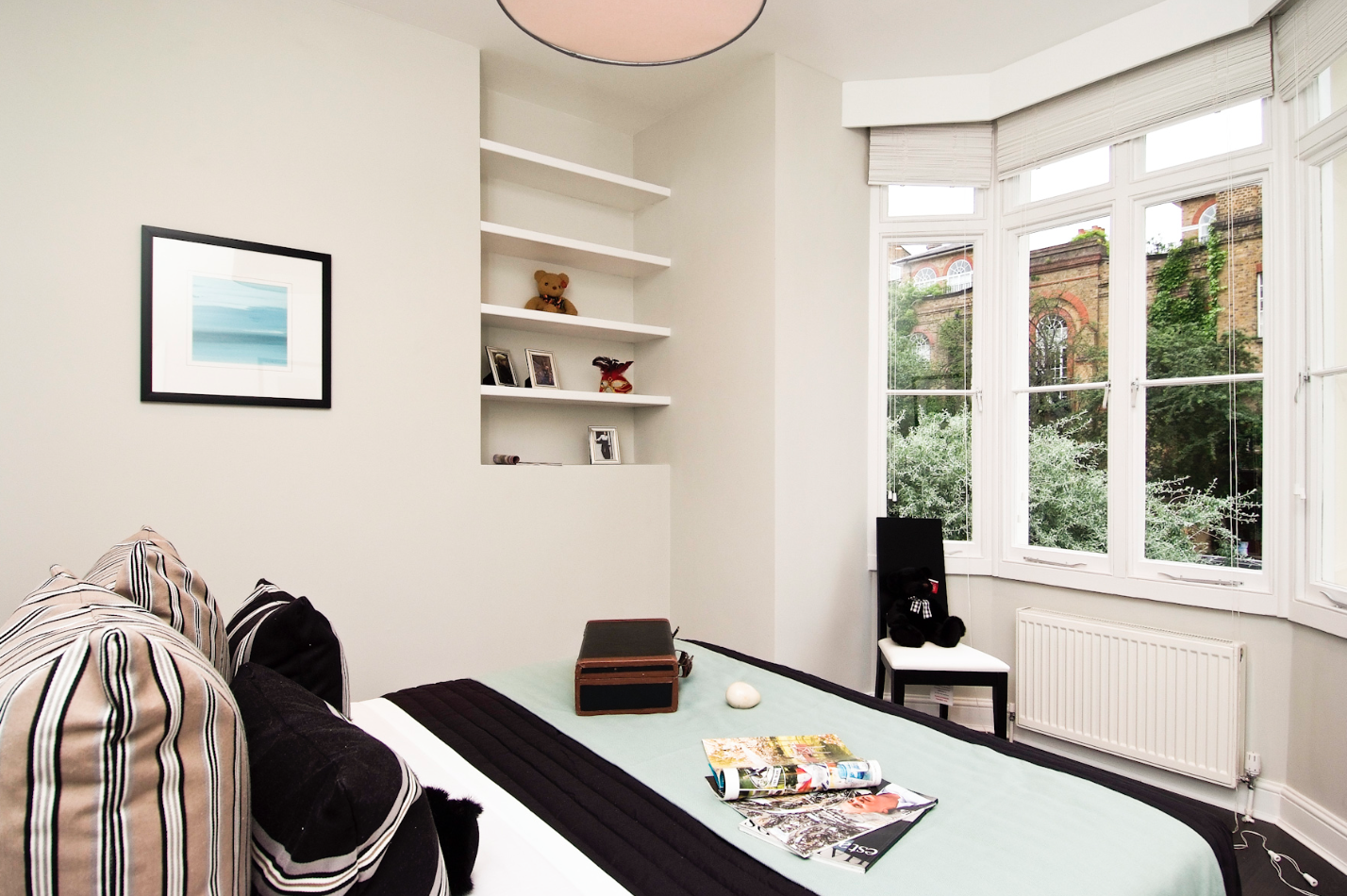 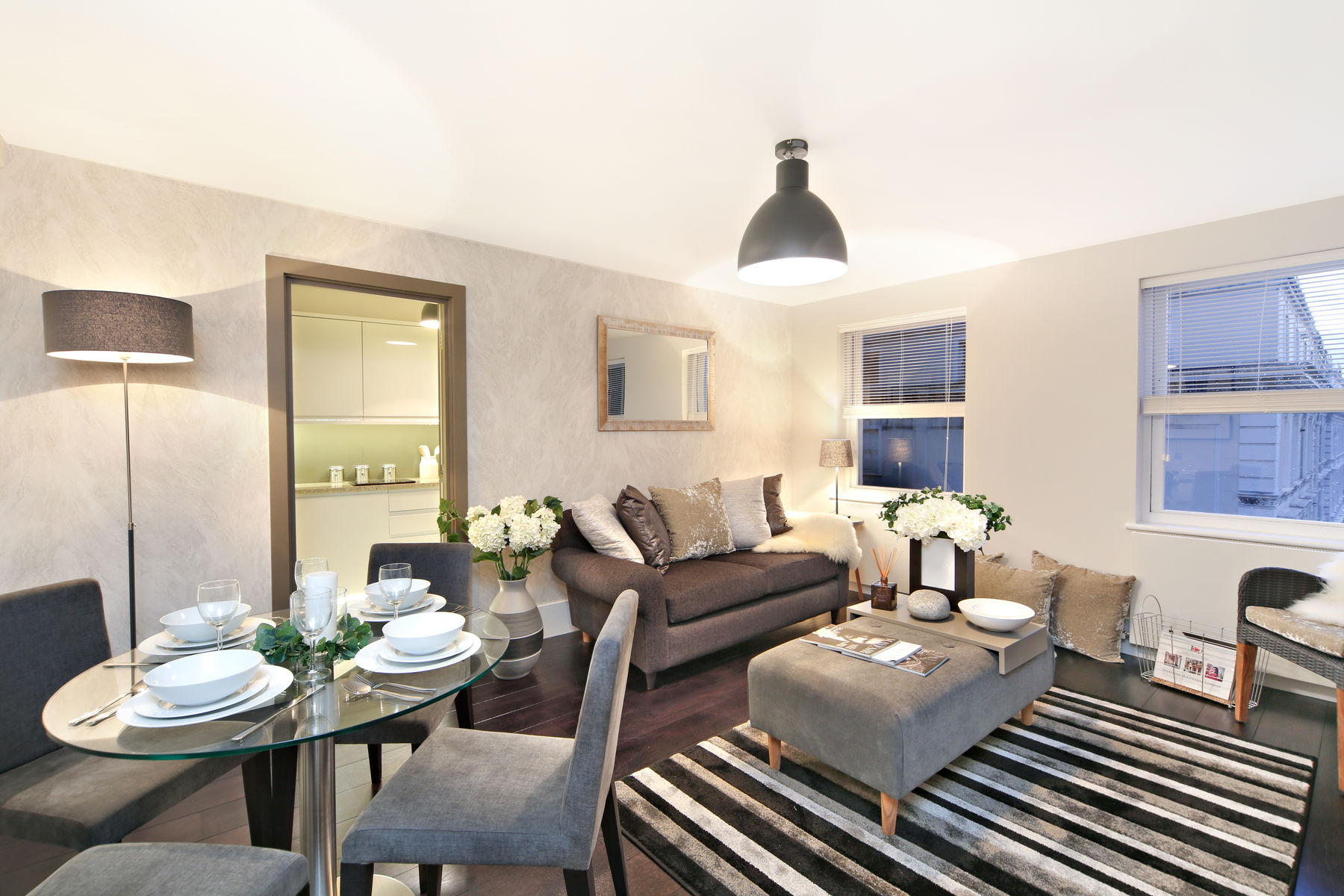